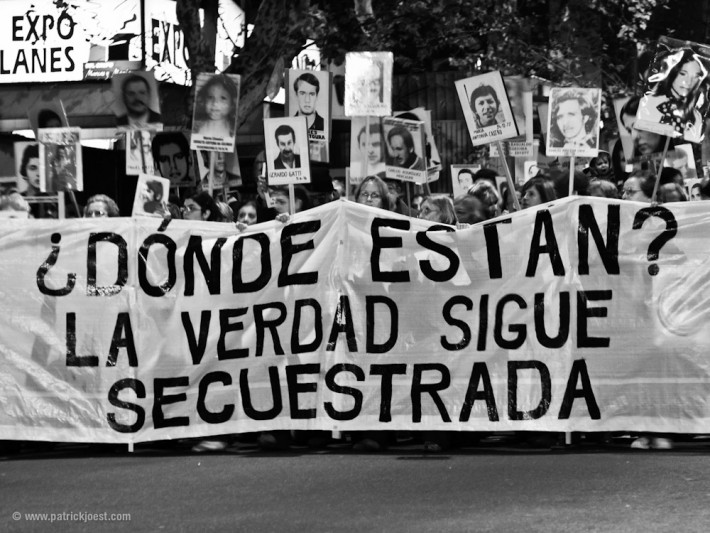 During the military dictatorship 1973-1985 thousands of people “disappeared” in Uruguay. Until today the disposition of many of these political prisoners is unclear. For the first time a group of mothers came together in 1995 to march in silence through the center of Montevideo carrying photos of the “Desaparecidos” (span. disappeared).

Since then every year on 20th of may thousands of Uruguayans come together to remind of the victims with a march of silence through the capital. During the march there really is an impressive silence while the names of the missing people are called out loud. On the banners you can read: 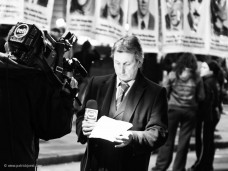 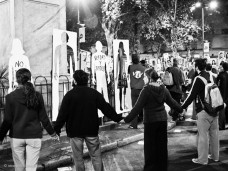 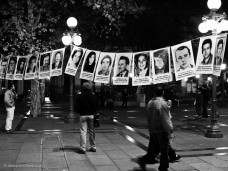 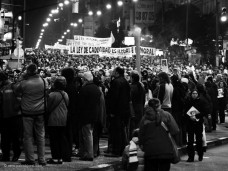 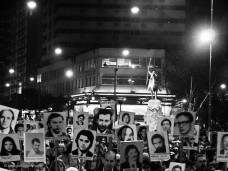 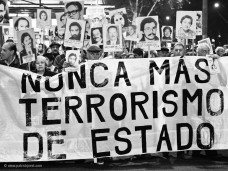 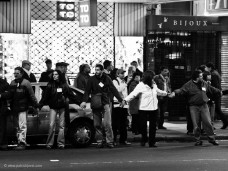 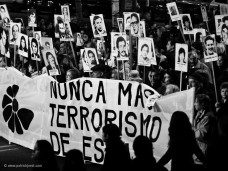 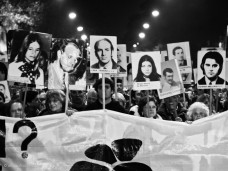 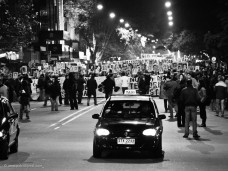 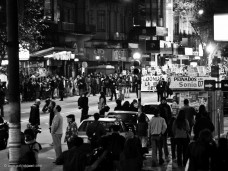