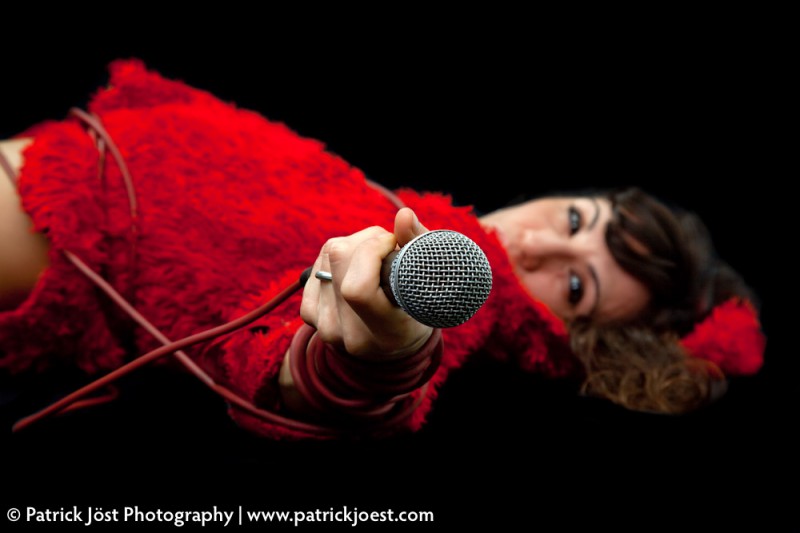 Vocalist, dancer and performer since very early age. Born in the North of Spain, between London and Barcelona since she was 18, with residence in the Uk capital, on and off, for more than 10 years, where she has worked and learned next to different producers and musicians of the Blues, Jazz, Funk, Dub, DnB, World Music scene and performed in various venues at the city. Also, with some Afro and Contemporary dance companies.

Right now mainly based in Barcelona, where she has been working in various projects. Musically, freestyling with DnB / 2step / breakbeat / Dubstep Djs and MCs, electro-house-techno and Funk / Soul / HipHop, live and at radio sessions. Has shared stage with names like: BizzyB, The Asian Dub Foundation, Sabre, Silver, N.O.H.A., Jungle Therapy, Fly, Food, Konkrete Jungle Crew, MrConfuse, Mika9. One of the earliest members at NUBE9 crew (myspace.com/nube9bcn). Formal lead singer on different bands: Palenque, MrSoul, Madame Zuzú, Dreamlab, Low Poison and GET GAS, an Electro-Funk project that started with producer Goni about 3 years ago.

Still doing work with other producers in Barcelona and Europe. She has recently been involved in a Nu-Jazz / Funk / Hip Hop live project with guitar player Luis Fernando Cárdenas, Don G & Beat Nation, Stormy and Mauricio (percussion) called JazzFlexCollective, and a studio project next to Stormy called ECHOSYSTEM.